Hello again, today I would like to share a drawing I made for my Nephew's Teenage Mutant Ninja Turtle birthday. On a side note, along with the drawing I gave him the new Ninja Turtles action figure set, just as any awesome Uncle should. To tell the truth a few months back I grabbed a set for myself, what can I say guilty habit, but it goes a little further than that when it comes to the Turtles. My love of the Turtles runs deep. 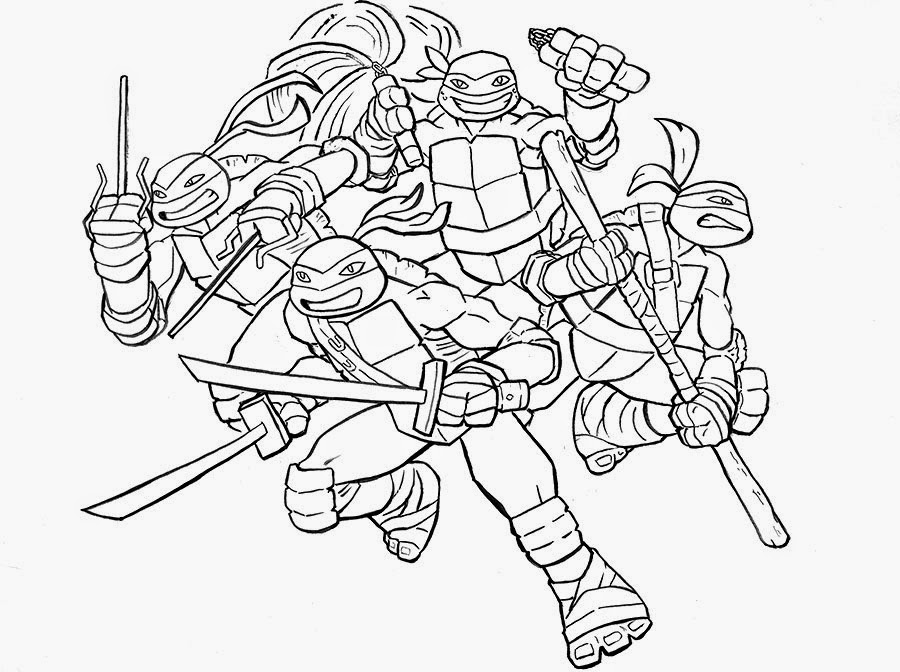 Some of my earliest memories are of singing the original TMNT television song and being in awe of all the figures in the toy aisles. I was a Turtle fanatic, I even had the Ninja Turtle pajamas! The Turtles were a big thing in the early 90's from 1990 movie to the awesome video games like Turtles in Time. It's good to see the the Ninja Turtles being brought back for a new generation and done right. 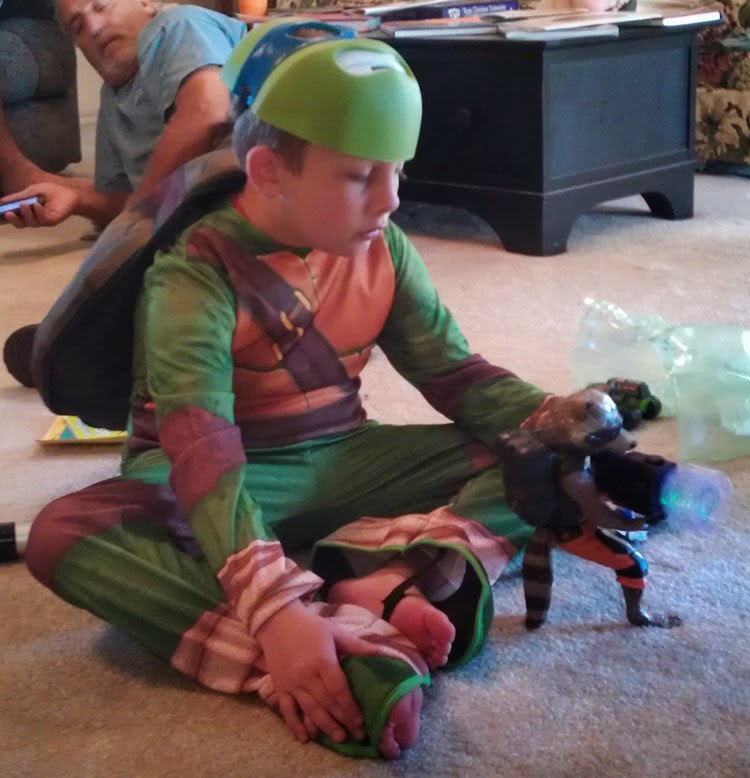 Back to my nephew, it's really awesome when you can bridge a generation gap and really connect with a kid. There's nothing like arguing with a kid over which superhero is the best. I mean look at him, Leonardo suit (the BEST Turtle) and a Rocket Raccoon? One awesome kid. Anyways the drawing was created with ink. More art soon. I like Turtles!

Posted by Unknown at 4:57 PM No comments:

I decided to do a quick sketch on my day off work. This is just a pencil sketch on relatively cheap newsprint paper. I started randomly drawing the upper body then moved into filling out the rest of the figure. It is kind of unproportional, so I've cropped off the hands, it kind of makes it look better...trick of the eye sort of thing.

Anyways this is Batman, I think we all know who is so I don't have to give my usual trivia facts here. I tried to hint at his suit having little creases in it where his armor or pads link up. This is more or less his costume from the popular Batman Arkham series games. I have never played them but I have watched other people play them. Seriously, I don't play games anymore I just watch other people play them on youtube. Until next time! 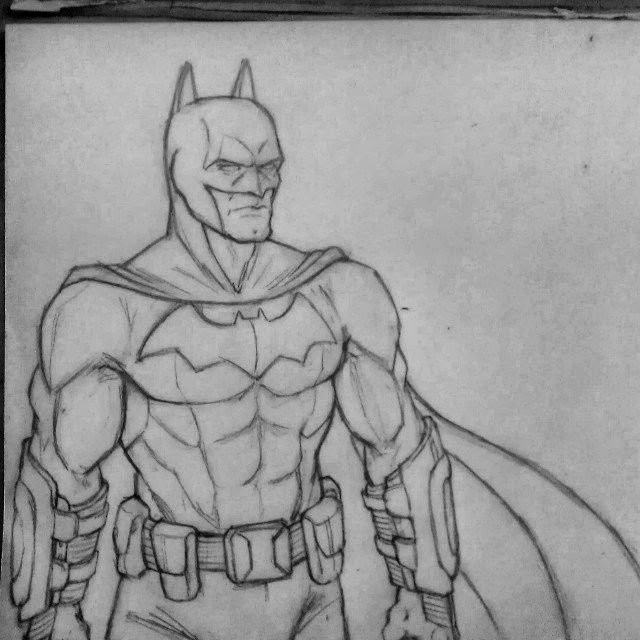 Posted by Unknown at 1:55 PM No comments:

This weekend I was lucky enough to see Marvel's Guardians of the Galaxy, a fun film about a group of heroic space bandits. It is one of the less known and outwardly bizarre Marvel franchises. The team consist of a human, an assassin, a man bent on vengeance, a talking raccoon, and a talking tree named Groot. While some of the characters have been around for more than twenty years, this incarnation of the team was first published in 2008.The film itself is one of the best times that I have had at the movies in awhile, and I highly recommend it to anyone, even if you are not a fan of superhero films. The music is great too! Enough about the movie, now about this little raccoon guy.

This is Rocket Raccoon. Don't let his furry looks fool you, he is a trained killer and weapons expert with a bad attitude. I'm not too sure how spoiler-y I should get here, so if you want to find out more see the movie of wikipedia. This is just a pencil drawing, hopefully I can get a inked version up soon. 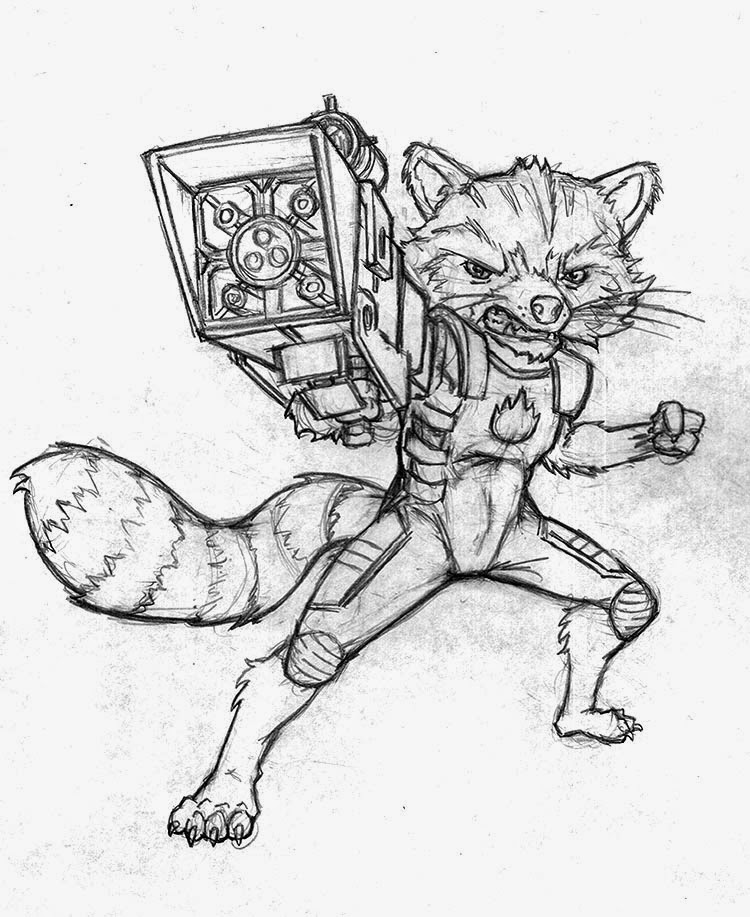